Easy Ways To Have An Eco-Friendly Period Home 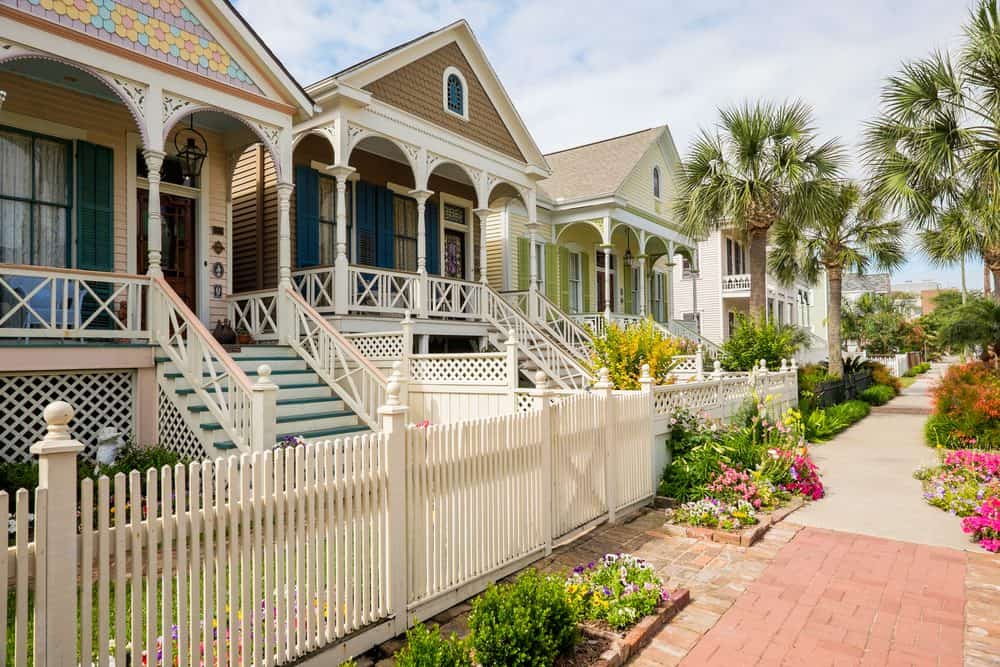 An eco-friendly period home is within your vintage-loving reach with a few renovation and replacement tips.

Period properties are an attractive prospect because they have more character than many new buildings. Houses these days tend to be built to strict specifications and entire areas are full of houses that are all carbon copies of one another. So how can you convert your beloved unique home to an eco-friendly period home?

For all of their grand architectural features and intricate decoration, period properties still have their problems.  When these houses were first built nobody was interested in making them environmentally friendly, it just wasn’t a concern. Now that it is a concern, people are often put off buying a period property due to concerns about running costs and environmental impact.

These huge drafty houses are too much work for some buyers so they tend to steer clear. However, bringing them up to date is absolutely feasible if you’re willing to put a bit of time and money into it. If you’ve bought an older property and you’re about to set about renovating it, this is how to make it the perfect eco-friendly period home. 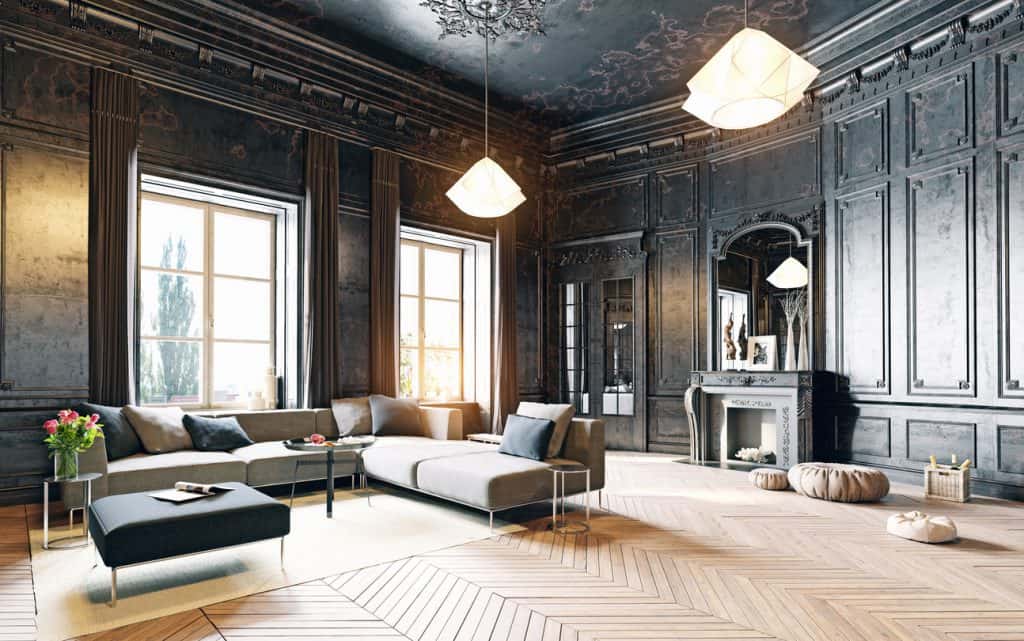 You’ve probably got this covered already but just in case you haven’t, you need to replace the windows in the house right away. The simple fact is that old windows are going to be single glazed and they just won’t be as efficient for an eco-friendly period home

People are often reluctant to put double glazing in their period property because they worry that it will ruin the aesthetic but if you’re committed to reducing your impact on the environment, you’ll have to make some sacrifices along the way.

If you’re absolutely against the white plastic double glazing, you need to at least get a glass replacement company to put some new, thicker window panes in. You won’t believe how much of a difference it will make to your utility bills in winter. It’ll also help to keep the house a lot cooler during the summer months. 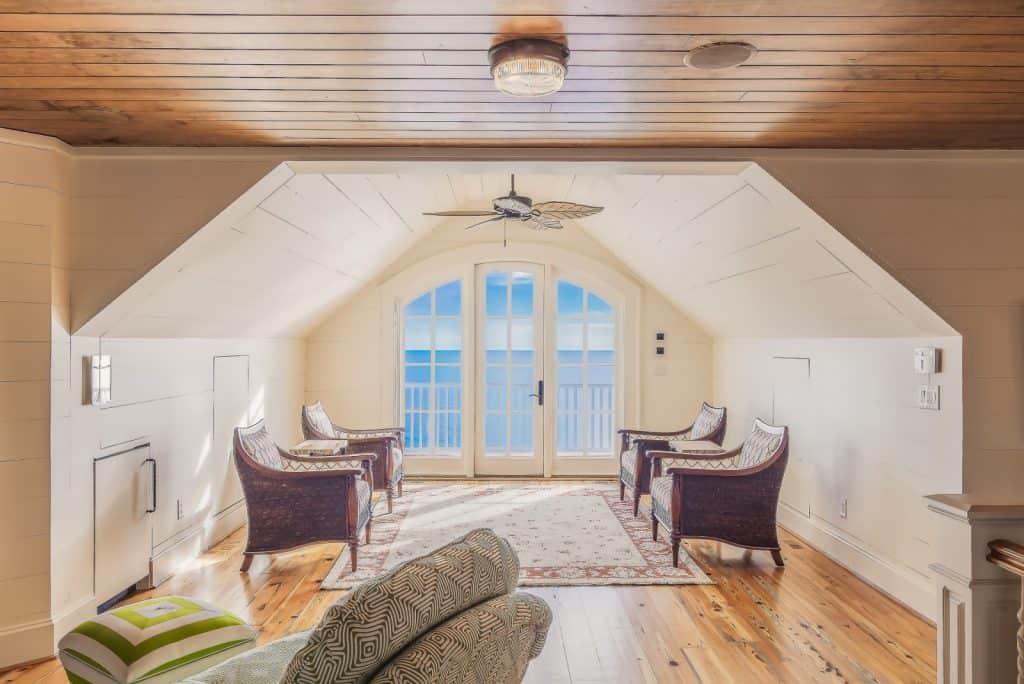 Be Careful With Insulation

The obvious way to warm the house in winter and keep it cool in summer is to slap a load of insulation on the walls. Unfortunately, the way that these houses were designed and built often means that insulation can cause more problems than it solves. Older houses were built so that the walls of the rooms can breathe and each room would be heated separately.

If you start putting insulation on the walls then they won’t be able to breathe properly and this can cause some serious damage. If you insulate the wall from the outside all of the moisture will get trapped in and you’ll get damp problems.

Equally, insulating the outside wall will make it colder, causing condensation on the inside wall and making it damp. It’s best to avoid it completely and use other methods to insulate an eco-friendly period home instead.

The roof is the one area that you can insulate without causing too many problems. The house loses a lot of heat through the roof so it’s worth insulating up there. 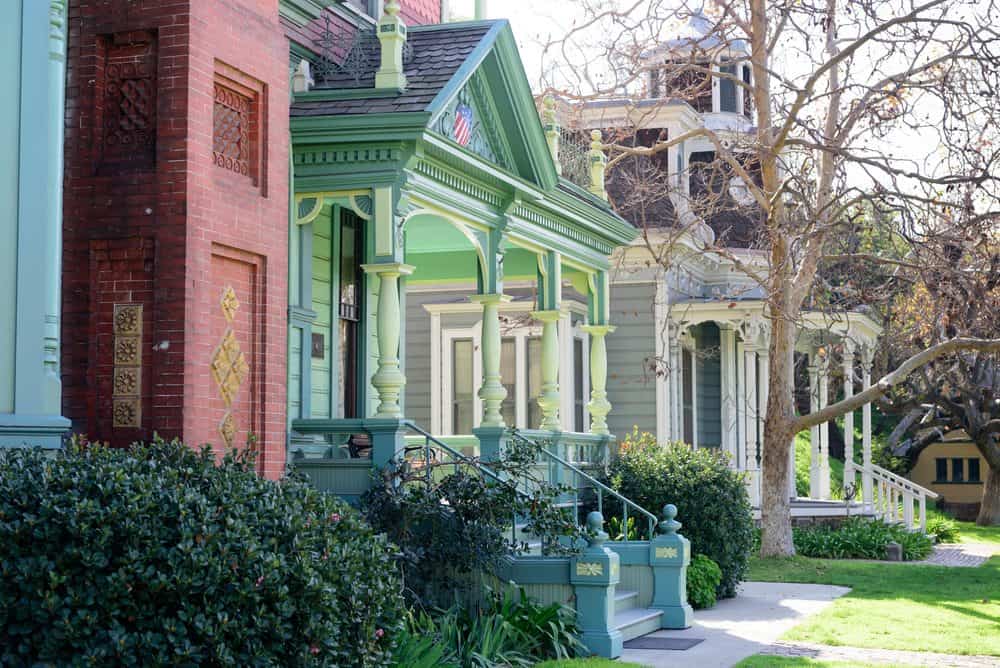 It’s such a simple change to make but it’ll have far reaching effects. A pair of thick, heavy curtains will block most of the heat. So during the summer they’ll stop your home from getting too warm inside and during the winter they’ll trap all of the heat inside.

The only problem with using a set of thick curtains to manage the heat is that they can make the room very dark. So when hanging curtains in an eco-friendly period home install curtain rods that allow curtians to be fully pulled back from the window during the day. Allow the full amount of natural daylight in and then close up securely at night in winter.

A big portion of older properties are set away from built up areas. When you’re out in the middle of nowhere you might not have access to gas lines and you’ll need to power your house another way.

The most common thing that people use is an oil tank but in terms of impact on the environment, it’s really not great. There’s always the risk of the tank leaking and seeping out into the surrounding area which is going to have devastating effects for the nearby wildlife. Burning the oil itself is also pretty bad for the environment.

The amount of carbon dioxide that is released when you burn the fuel is less than what the surrounding trees will absorb and convert to oxygen so it doesn’t contribute to global warming at all. The boiler itself is more efficient than an oil burning one so it doesn’t need as much input from you.

All of the fuel that you put into the boiler tends to be produced locally so you can boost the local economy and create jobs by switching from oil to wood pellets.

There are a couple of downsides to buying this type of heating, most notably, the price. They can cost around $10,000 to set up to start with and if you’re already paying for an expensive restoration project, it might not be viable.

You’ll also need a huge amount of storage space to keep the fuel in and you’ll probably need to carry out more regular maintenance on the boiler as well.

Overall, if you can afford to do it and you’re dedicated to environmental responsibility, a wood pellet boiler is a great alternative to the classic oil tank. 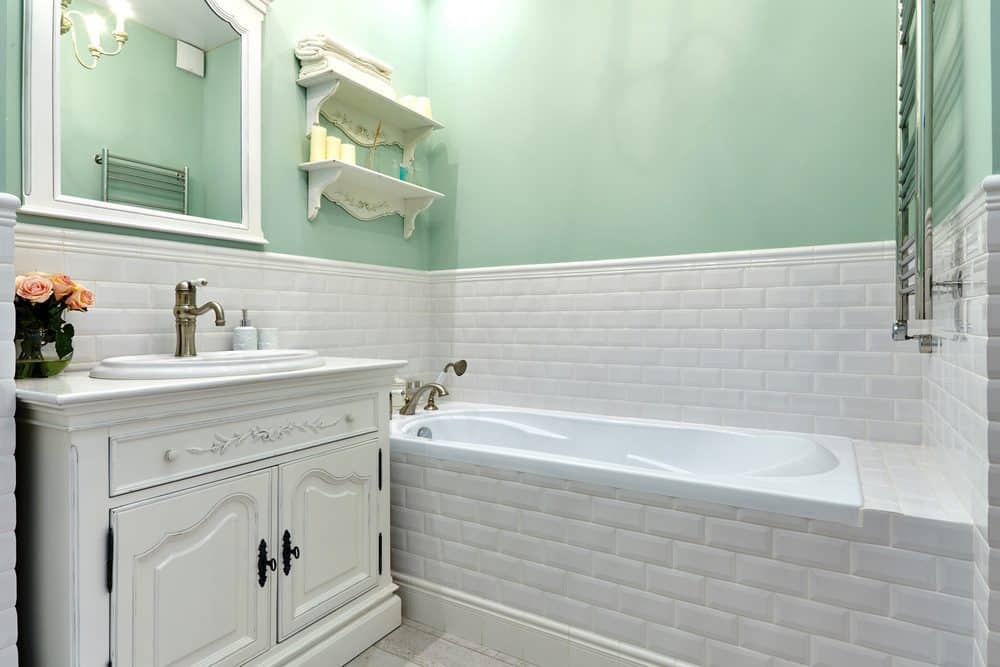 When people are renovating a house they usually think in broad strokes but there are so many tiny details that have a huge impact on your sustainability. One of those details is the light bulbs.

Older houses are likely to be fitted with Edison bulbs which, while they might look nice, waste so much energy. Depending on the light bulbs, an LED uses somewhere between 25 and 80 percent less energy than a traditional light bulb. That’s a huge saving on energy bills and a massive reduction in the impact that you’re having on the environment.

If you’re put off by the modern look of an LED bulb for an eco-friendly period home, you can get ones that look exactly the same as the old Edison bulbs. 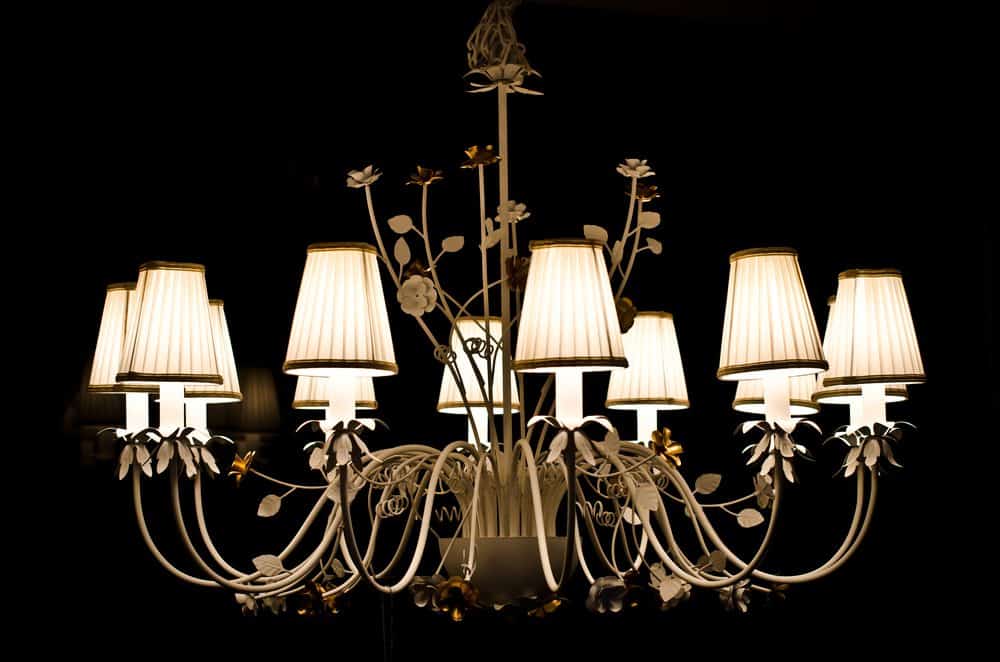 Before you start looking into making any huge changes to the house, look at all of the small repairs that need doing around the house. Simple things like cracked windows or overflowing gutters can make your house colder and put more strain on your heating.

The plumbing in the house is another problem area that you should sort out right away. A leaking tap wastes a ridiculous amount of water and it’ll take you minutes to fix. Depending on the size of the tap etc. you could be wasting around two bathtubs full of water every year. That’s a huge amount of waste and it will cost you next to nothing to fix.

Older bathroom fixtures are far less efficient than newer ones so your toilet and shower will be using far more water than you really need to. Updating them with newer fixtures will save you even more money and reduce your impact on water waste. This is becoming increasingly important in the face of an impending water crisis. A low flow toilet will reduce your usage by as much as 77 percent. 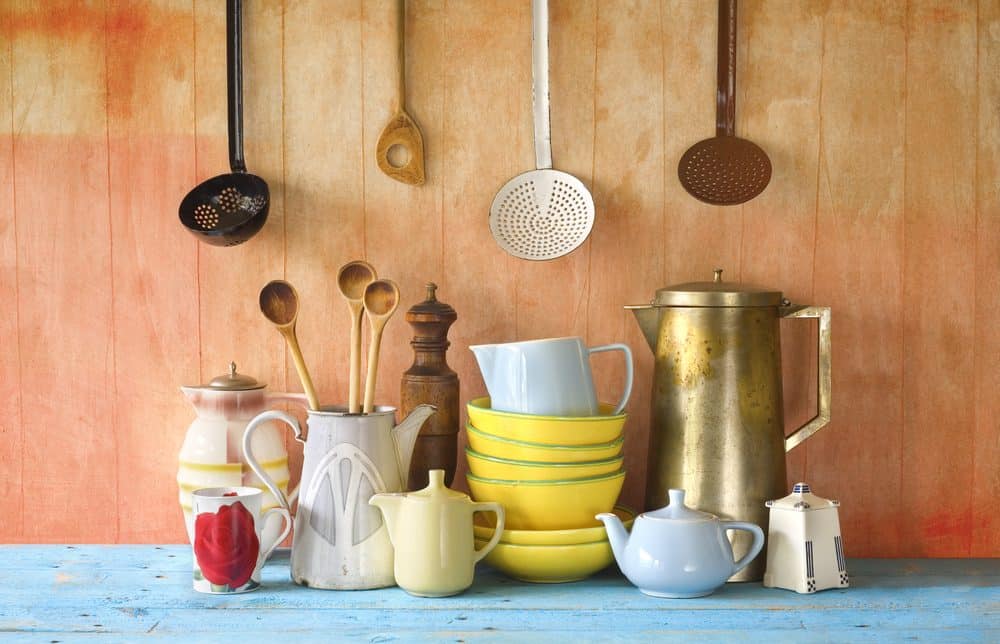 Plugging any small gaps around the house is a far simpler solution than insulating all of the walls and making any big structural changes. If you’ve got wooden flooring with large gaps between them you’ll be getting a draught coming through the floor at all times. Chucking a rug over the top of it will largely address the problem.

Beyond that, just get some cheap draught excluders and put them under any outside doors that have gaps underneath them. If you keep all of the wind out and put a jumper on during winter, you won’t have to waste lots of energy heating the house.

And don’t forget the value of insulating curtains where, in period homes, a pelmet may be present which also stops cold air getting in and warm air escaping. 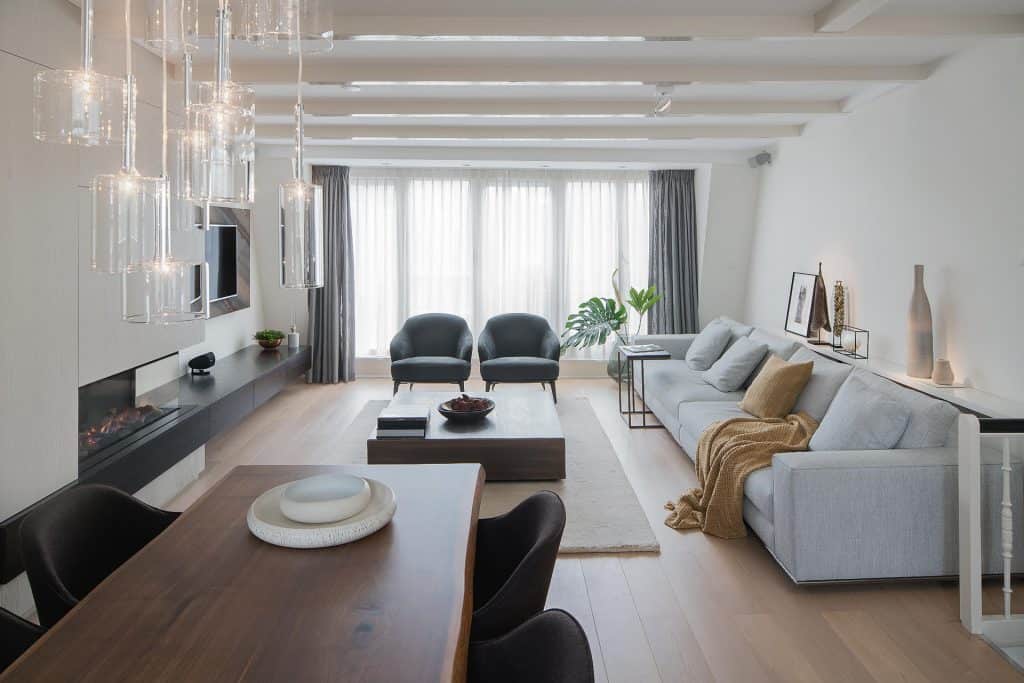 Don’t Change Too Much

This is key when it comes to renovating an older house to become an eco-friendly period home. Environmental concerns should be at the top of your list but the building has a historical relevance as well. It’s a piece of the past that has been preserved up until now. If you make too many broad changes to the house you might end up losing the features that make the building unique.

The value of the house will be seriously affected if you’ve destroyed all of the charm of a period property so you’ll end up losing money in the long run. However, if you can make it more efficient without ruining the aesthetic, you’re sure to see the value of the house go up.

Period properties are great projects to work on, but if you aren’t willing to put in the time and money to create an eco-friendly period home you should consider looking into a newer house.